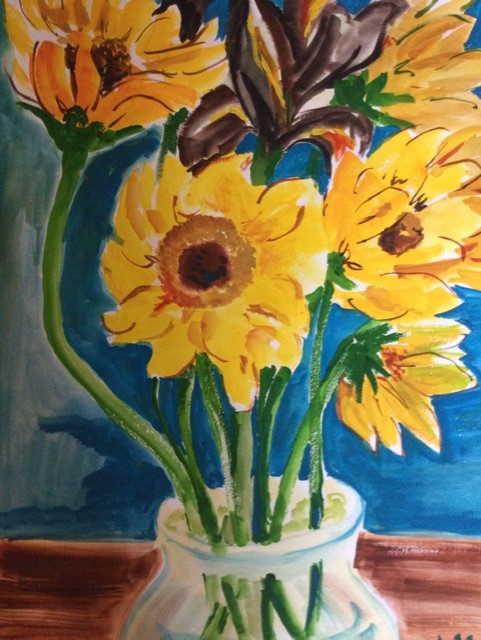 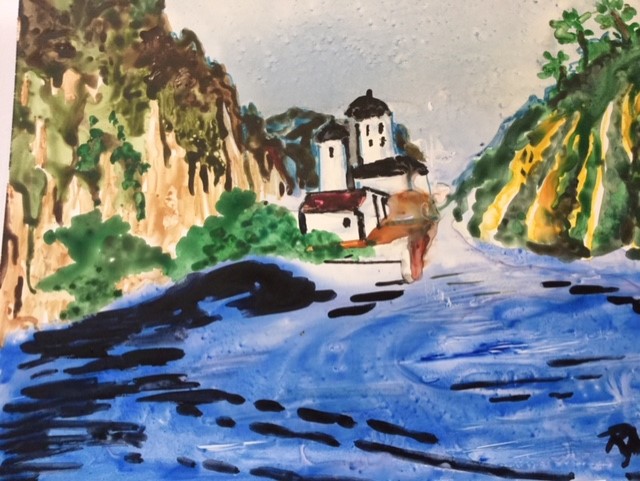 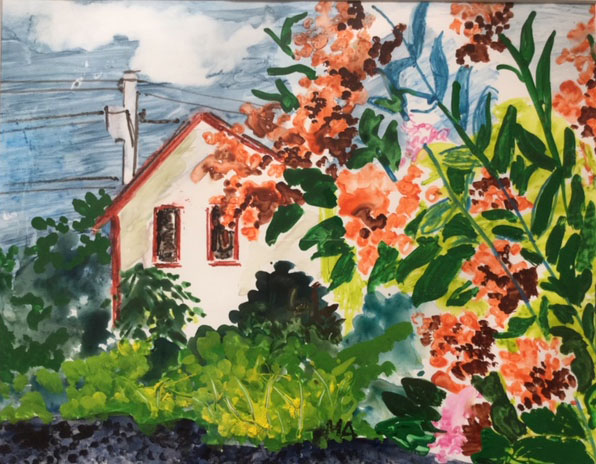 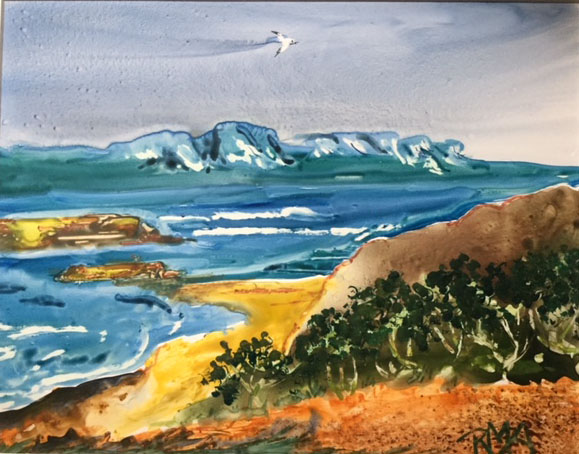 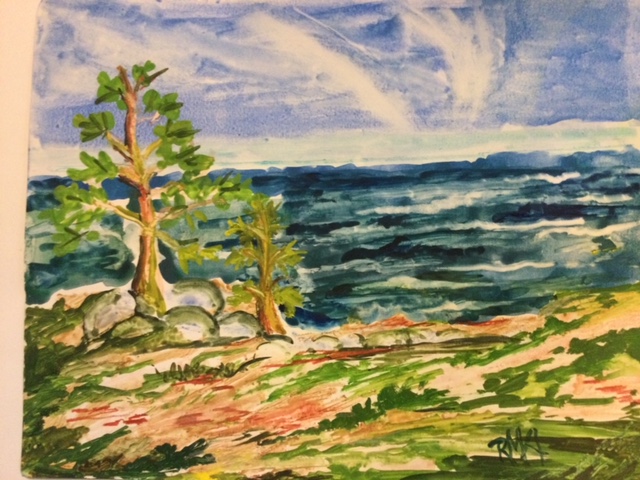 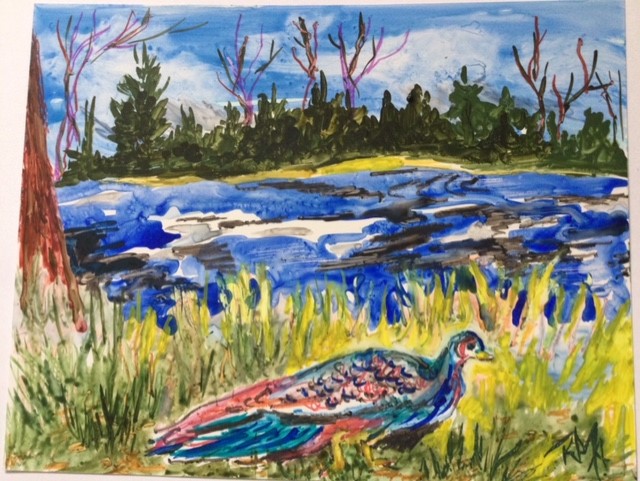 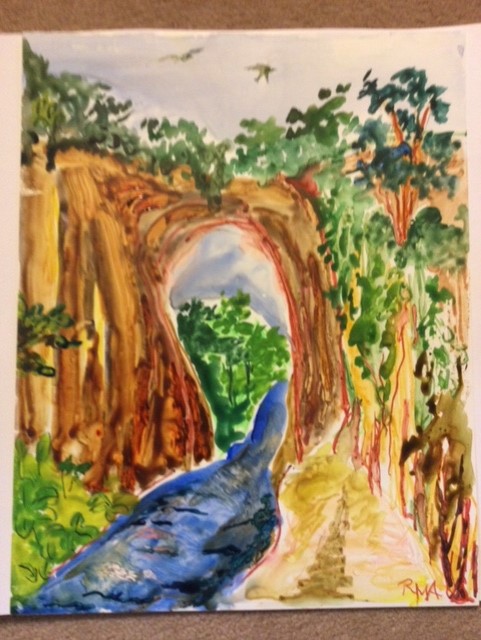 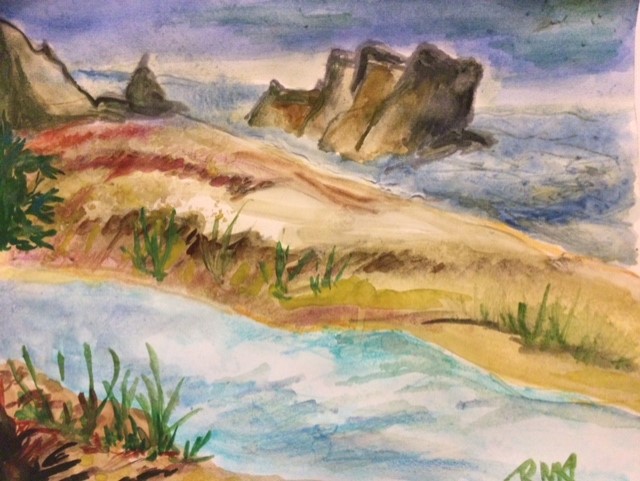 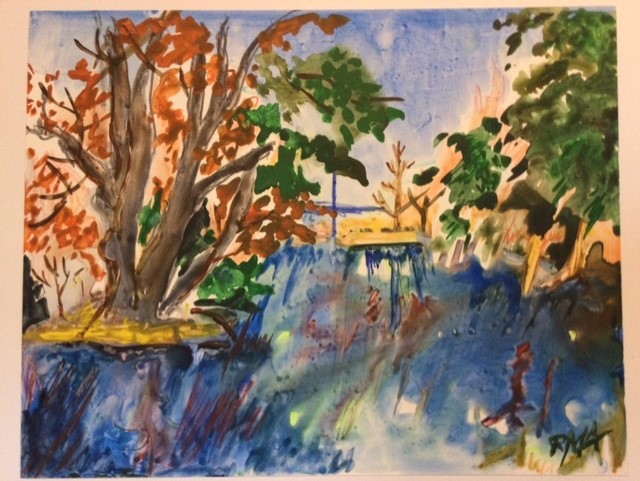 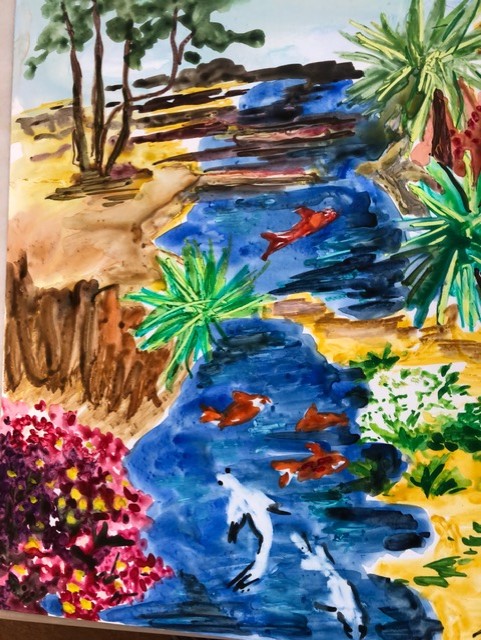 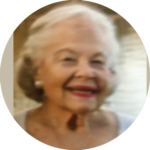 Born in New York City, Renée Miller Alberts attended the prestigious New York High School of Music and Art; the school for talented young people that was portrayed in the T.V. series “Fame”. While earning her B.A. degree in Art History and Fine Arts at Queens College, she studied with the noted watercolorist Barse Miller; and at the Brooklyn Museum Art School, with Gregorio Prespatino, recognized widely for his expressionist oil paintings. At the same time, she attended additional classes in New York, at the Art Student’s League.

Leaving New York, she continued to study and create watercolor paintings. While living in New England, she was a member of the Rockport, Massachusetts Art Association, and while resident in Carmel, California, she was a member of the Carmel Art Association. During this period, she exhibited in juried shows in the Monterey Bay Area. In his review of her work, Alfred Frankenstein, Art Critic of the San Francisco Chronicle named her “one of the most talented young watercolorists in the United States.”

Returning to the United States from an extended residence in Germany and Sweden, she continued her artistic studies at the University of Virginia, studying sculpture and other forms of multidimensional art. Now resident in McLean, Virginia and Bethany Beach, Delaware, she is a frequent exhibitor in juried shows in the Washington D.C. region. She was the subject of a feature story in “Elán” magazine in its July-August 2002 issue with a montage of her paintings presented in color. In two yearly exhibits her work received Honorable Mention and she was awarded Second Place in the Fairfax County Art Exhibit. In those years, she was also awarded cash prizes for her work in the McLean Art Club Member’s juried exhibit and has had paintings juried in each year she entered. This year, a watercolor was juried into the 50th Anniversary Exhibition of the McLean Art Club and was awarded a prize.

In 2002, she received the Faucett Okie award for emerging artists for her work shown at the Rehobeth Art League Members Show.

There is a yearly, juried submission at the Rehobeth Art League to determine which artist will be awarded feature shows. Renée Miller Alberts was chosen in 2003 for exhibition space at the Possum Point Players Gallery in Georgetown Delaware from April 25th until June 15th 2003.

In 2004, the Council of Arts and Humanities, which had previously sponsored ”Party Animals” (artist decorated Donkeys and Elephants to adorn the city streets) sponsored “Panda Mania” – with 150 Panda sculptures, each one painted with an individual artist’s design. Renée’s design was among the 75 seated Pandas, selected for execution from 1400 submissions.

Ms. Alberts is a specialist in watercolor painting and has chosen this specialty area because, she has said, “In overcoming the technical difficulties, one is rewarded by the sense of immediacy and freshness and the vivacity of color.” Her paintings are complete statements and not pallid sketches.